Top of the morning to you. :shamrock:️

I’d love to talk to anyone interested in mathlib here in Dublin.

Hi, I am in Dublin also, but my knowledge or Mathematical Logic and Lean is just pretty basic. I played a little bit with Lean some months ago translating basic Propositional and First Order Logic to Lean.

That's marvellous, I'm not on my own here in Dublin. I guess with the :locked: :down: geographic location doesn't really matter but even still, I'd love to hear if you are involved in any Lean / Mathlib work.

For my part, I am extremely interested in the Mathlib project, so I try to contribute bits and pieces to that when I have time.

Hi Oliver, thank for your message.
Sadly I am not involved in Mathlib, I wish, but my knowledge is too basic. I am just learning some basic Type Theory and Lambda Calculus.

Hello! I've just moved from Canada to Dublin a few months ago (pretty much just before lockdown).

I'm a programmer and I've been interested in dependent types for about a decade, learning Coq, Agda, and others on and off, finally landing on Lean/VSCode as it has the best UX situation in the whole field as far as I can tell. I've used mostly used Lean+mathlib to teach myself interesting math (mostly on the CS/type theory side) by implementing it, which makes it feel a lot more concrete to me. For example, regular languages/expressions and container theory.

I'd also say I've learned quite a bit just by studying mathlib's definitions, such as finite types, finite sets, multisets, quotients, and more. I find that the constructive type theory approach illuminates a lot of topics better for me than typically informal set theory approaches.

Hello and welcome @Scott Olson, both to Zulip and to Dublin. You have far more experience than I do so it's interesting to hear you say that you find Lean+VSCode the best UX. I can only compare with Coq+CoqIDE which was ... less pleasant.

I also find that reading Mathlib has greatly improved my expertise in Lean, such as it is. Making minor contributions when time allows, helps a lot too.

My hands-on experience is basically limited to Coq+CoqIDE, Agda+Emacs, and Lean+VSCode, but the first is painfully unmodern (both the language and the software) and while the second can be made nice, it's not exactly for beginners, and you'll have to know how to deal with Emacs. By comparison, when I tried Lean for the first time I was shocked how low-friction it was to get started.

Having the community here also helps a lot. I remember being very, very confused about many things in Coq about a year ago when I was trying to get started in this stuff. E.g., https://stackoverflow.com/questions/55599660/why-does-coq-object-to-the-following-pairusualdecidabletypefull-module-type

I remember thinking "wooah, mathoverflow, that's so much better than sci.math.research for making progress" but stackoverflow now looks like a very inefficient way to solve technical questions like that.

I've seriously been contemplating whether I should start algebraic-geometry.zulipchat.com

there's demand, i think. a bunch of people signed up for this and some of them would hang out in your server and ask questions

this place succeeds on the back of coordinating PRs to mathlib

The Zulip team has been talking about publicly visible/crawlable streams for years, since before I wrote the stupid archive script, and there's still no progress as far as I know. It's a real blocker to a lot of cases where otherwise Zulip would be great. So much information hidden because search engines can't find it properly and people need to log in to see it.

Zulip seems like it fits into a good place on the synchronous/asynchronous chat spectrum for communities like this. It's a bit smoother than a forum or a formal question/answer site, but topics have a bit more permanence than instant messaging.

It is a shame about visibility. I think that Lean visibility online in general is poor because the word means so many other things (I bet dedukti don't have that problem) and because search engines like to send you to the dead MS pages.

searching for mathlib on the other hand works remarkably well

yeah, I often have to change my searches to "leanprover"

Have you ever searched mathlib on Twitter? There's a lot of stuff like this, apparently madlibs but for math or something. https://twitter.com/NWhiteSchools/status/1197680436635471873

From Mr. Jones, High School Math Teacher: The activity is called a MathLib - Students solved various problems about midsegments in triangles, which had been posted on the classroom walls. Their answers helped them to complete a humorous, nonsensical story. @EducateIN #STEM #MATH https://twitter.com/NWhiteSchools/status/1197680436635471873/photo/1 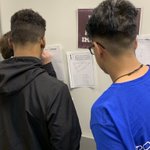 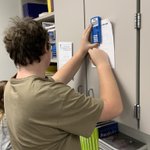 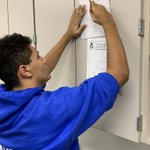 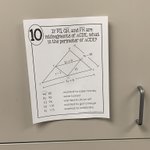 It seems the global proof assistant community has really serious difficulties coming up with names.

I like serious. If I ever write my own theorem prover, I'll call it serious.

I'm in Galway and not in Dublin, but still it's nice to see that there are others in Ireland interested in mathlib. I've only very recently started to look at it, and I hope I get some more time later in the semester to experiment with it.